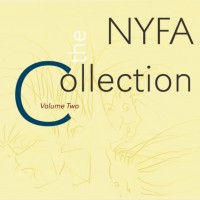 Khartes, a composition for four musicians and conductor, is among the ten tracks be featured on an upcoming CD collection at Innova Recordings.

The NYFA Collection (Volume 2) celebrates the 30th anniversary of the Artist’s Fellowship Program of the New York Foundation for the Arts by releasing ten tracks created/composed by the most recent class of Music and Sound Fellows.

Khartes is a 50-minute work in seven parts written for an orchestra of eclectic instrumentation. Khartes features musicians from the Buenos Aires and New York music scenes who colectively create a musical crossover of geographies and personal languages. Khartes 4 is the nodal point of this seven part work—where both freedom and tension peak and where geographies overlap in a kind of broken sound map. (The word khartes refers in ancient Greek to a map of papyrus leaf.)

Khartes will be the opening piece of the CD!

Khartes was composed during a Roulette Residency Program, supported with funds from the Jerome Foundation, and had its world premiere on February 2, 2013 at Roulette in New York City. Thanks to Roulette and Jerome Foundation. Special thanks to Carl, Andrew, Daniel, and Elliott, for being my inspiration.